The fellows brought their enthusiasm and projects to RDA and worked hard to advance research and practices in data management, analytics, and ethics. They contributed to creating and disseminating tools, standards, and recommendations in open science and helped to make RDA the successful dynamic and diverse organization as it is now. With help from RDA, most of the fellows who came as students, postdoctoral researchers, and beginning librarians and software developers, graduated to become professors, research scientists, and middle career professionals. 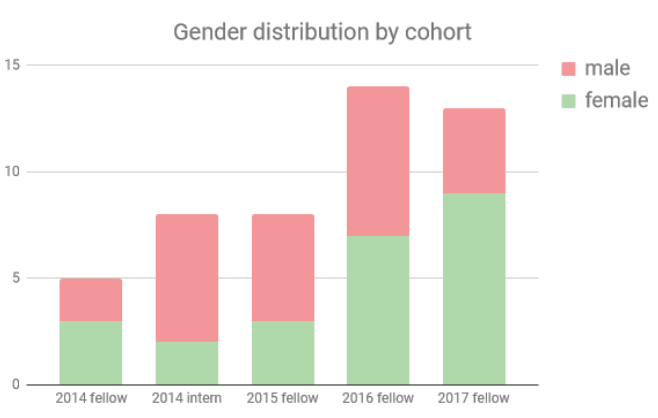 Dr. Anne Thessen received her Ph.D. in Oceanography from the University of Maryland Center for Environmental Science and is the owner and founder of her own data management company, The Data Detektiv. As an RDA/US fellow, Anne focused on developing standards for reporting and sharing biodiversity information. Through her RDA fellowship, Anne formed relationships with new colleagues and got involved in several interest groups, one of which, “Metadata standards for attribution of physical and digital collections stewardship”, she currently chairs. In 2016 Anne was also appointed an RDA/US Data Share Ambassador, and she spreads the word about the fellowship and helps the fellows connect and engage at the RDA plenary meetings.

Dr. Sarah Ramdeen earned her doctorate in the field of Information and Library Science from the University of North Carolina at Chapel Hill (UNC-CH), and is now a Research Associate for the Earth System Science Center at the University of Alabama in Huntsville. Sarah has been heavily involved with RDA and co-chaired the Archives and Records Professionals for Research Data interest group. Sarah’s most recent success as part of RDA is having been elected alongside four other RDA members to RDA’s Technical Advisory Board (TAB).

Dr. Devan R. Donaldson is an Assistant Professor at Indiana University. He became a fellow during his first year as an Assistant Professor, taking advantage of every opportunity for early career development because the demands of tenure are tough. He benefited from mentoring, networking, and collaboration opportunities within RDA and received helpful feedback on his research. He also became involved in the WG RDA/CODATA Summer Schools in Data Science and Cloud Computing in the Developing World and brought some of the techniques from the school into his teaching. After his fellowship ended, Devan started and currently chairs an interest group on Early Career and Engagement.